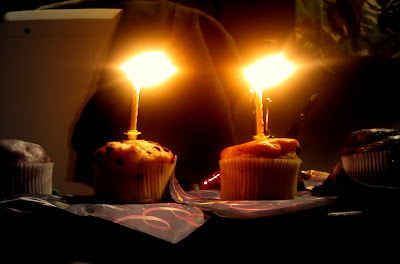 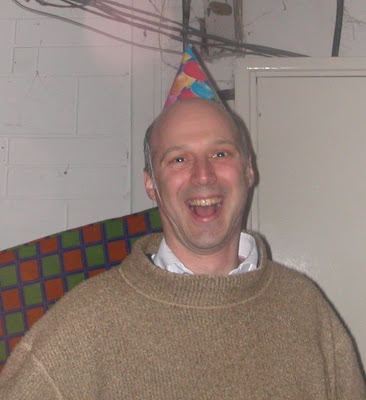 They all, uncertainly, guess his age to within a year or two and, as with every year, work out that he is, indeed, still the youngest member of the band. 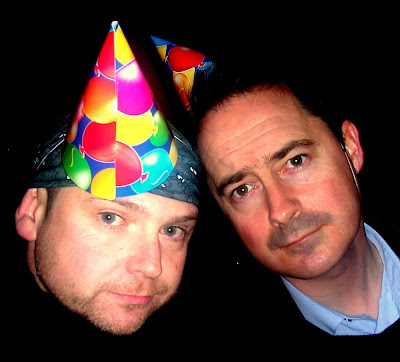 Tracks Secrets & Lies and 21 were painstakingly mixed; Ben spent the first hour doing the basics while the three band members went into a side room to work on songs new and old.

Take On Me was rehearsed while potential new songs, Live This Life, Kingmaker and The Sky Above My House, were worked on. 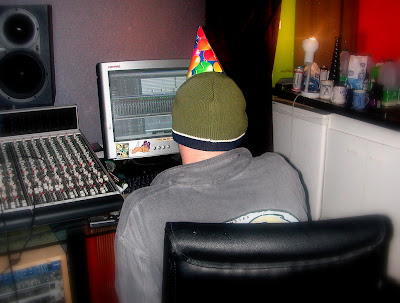 Ben secretly recorded Take On Me with one of the microphones in the room that was patched through to his desk. 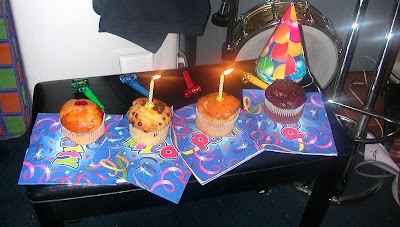 Ben's moved his control room again. This time to a different building. Into some loftspace over an adjoining unit.

Also discussed was how to release the current batch of recordings. Two 6 track albums?