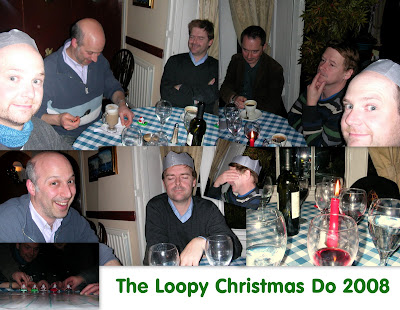 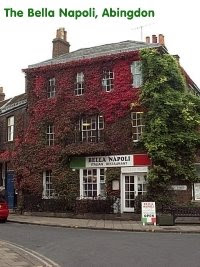 The annual Christmas backslap involving the entire band and some poor unsuspecting small restaurant near one of the band members' houses. This year it was Gi's turn to source, book and disown the subsequent food quality of the eaterie he had chosen.

It receives the thumbs up from all.

Teetotal Tom gets roped in as Taxi driver for Fea but can't quite make it to pick up Eg. Ad scrounges a sofa off Gi for the night.

The Christmas crackers, as supplied by Minty again, fail to top last year's football themed cracker snapping bonanza. This year, each cracker houses a santa sitting on different coloured sleighs that zoom along the table after a short pull-back. When all the other diners finally leave, the restaurant owner and his wife look on bemusedly as the Loopy boys set up the cardboard race track and jostle for the perceived best lane. 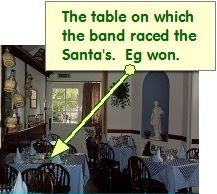 All sleighs crash into each other in the middle of the track apart from Eg's whose outside missile zooms past the finish line and into the wall to take the podium. 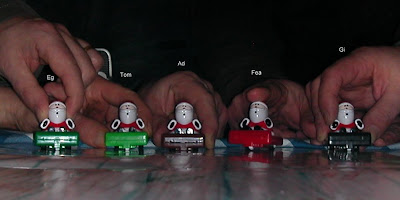