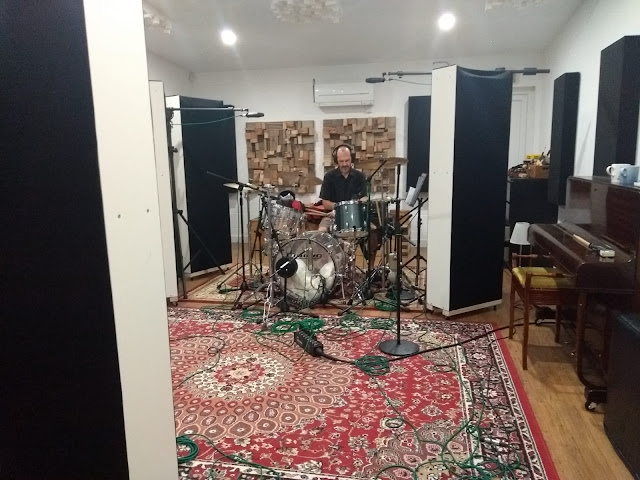 It's been a hot and sweaty Summer for being stuck in a rehearsal studio preparing for 4 new songs to be recorded.  But that is precisely what has been going on. 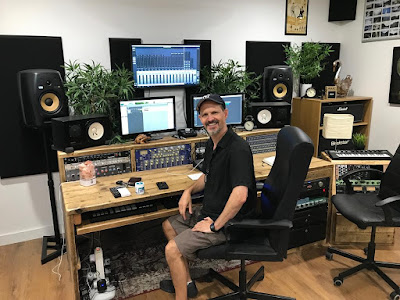 With 12 songs written and developed, the first 4 songs will be recorded in the coming months.  It is thought that 3 four-track E.P.s will be the way to release them all. Gradually, however, Loopy are facing the fact that E.P. is an outdated concept lost on anyone born since whenever.  Come to think of it, MP3s are a little old hat these days, what? 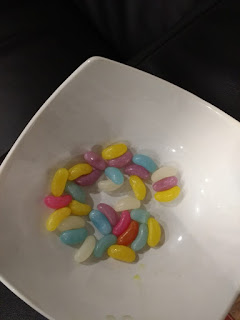 Earlier this week, Dom began the process by recording the drums for the first 4 tracks.  Using the excellent facilities of Studio 91 and a bowl of Jelly Beans to keep his energy levels up, Dom thumped out the four tracks while other members of Loopy popped in to the studio to offer [minimal] support.  Studio 91's excellent Sam and Tom have been engineering the process.